James Bond Meets Cheaper By the Dozen: An Action Thriller the Entire Family Will Enjoy

(January 3, 2011—Tyler, Texas)  Imagine a biological weapon so specific, it can target an individual or wipe out an entire race. Impossible?  Not when the seeds of death are sown into the very blueprints of life. A host of ancient viruses lay dormant in each of us, buried deep within the human genetic code. How can mankind hope to survive should someone resurrect those deadly diseases?

Doug Flanders ponders these very questions in THE PRODIGY PROJECT (November 2010; Prescott Publishing). The story centers on two young scientists whose “medical research” is being used not to cure disease, but to cause it.  When they discover their life’s work is the lynchpin of a deadly new bio-weapon, they seek outside help to destroy it and to flee China. Help comes in the unlikely guise of Jon Gunderson—doctor, biological weapons expert, and devoted family man whose unsuspecting wife and nine children have unwittingly accompanied him on yet another assignment.

“I first got the idea for this novel while backpacking Europe with my own wife and kids several years ago,” Flanders admits. After saving enough cereal box tops and frequent flyer miles to get ten free airline tickets, the family toured nine countries and seventeen cities in three weeks. “We made a conspicuous lot, traveling about in matching tie-dyed T-shirts, toting our packs, and sleeping on trains,” the author laughs at the memory. “Everywhere we went, I could see people pointing, whispering, counting heads. It got me thinking, I’d make a terrible spy. But then again, I’d probably be the last person anyone would ever suspect.”

That’s how it works in THE PRODIGY PROJECT—at least theoretically, until the protagonist’s family finds him out. Once the truth comes to light, the Gundersons will have to set aside their differences if they hope to rescue the prodigies and escape with their lives. The fate of the world hangs in the balance as the bittersweet dynamics of a large but loving family take center stage against the backdrop of China’s breathtaking landscapes. A fast-paced tale torn from tomorrow’s headlines, THE PRODIGY PROJECT will captivate audiences of all ages.

With twelve children and three grandsons, author Doug Flanders is well acquainted with non-stop adventure. He draws on 15 years experience as an Army Reservist and 18 years as a practicing physician to craft his medical thrillers. The Flanders family makes their home in Tyler, Texas. They invite you to visit them at www.flandersfamily.info.
THE PRODIGY PROJECT by Doug Flanders, MD 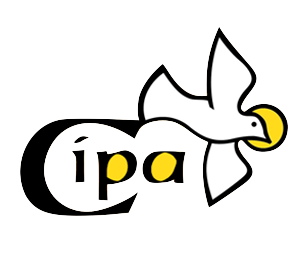